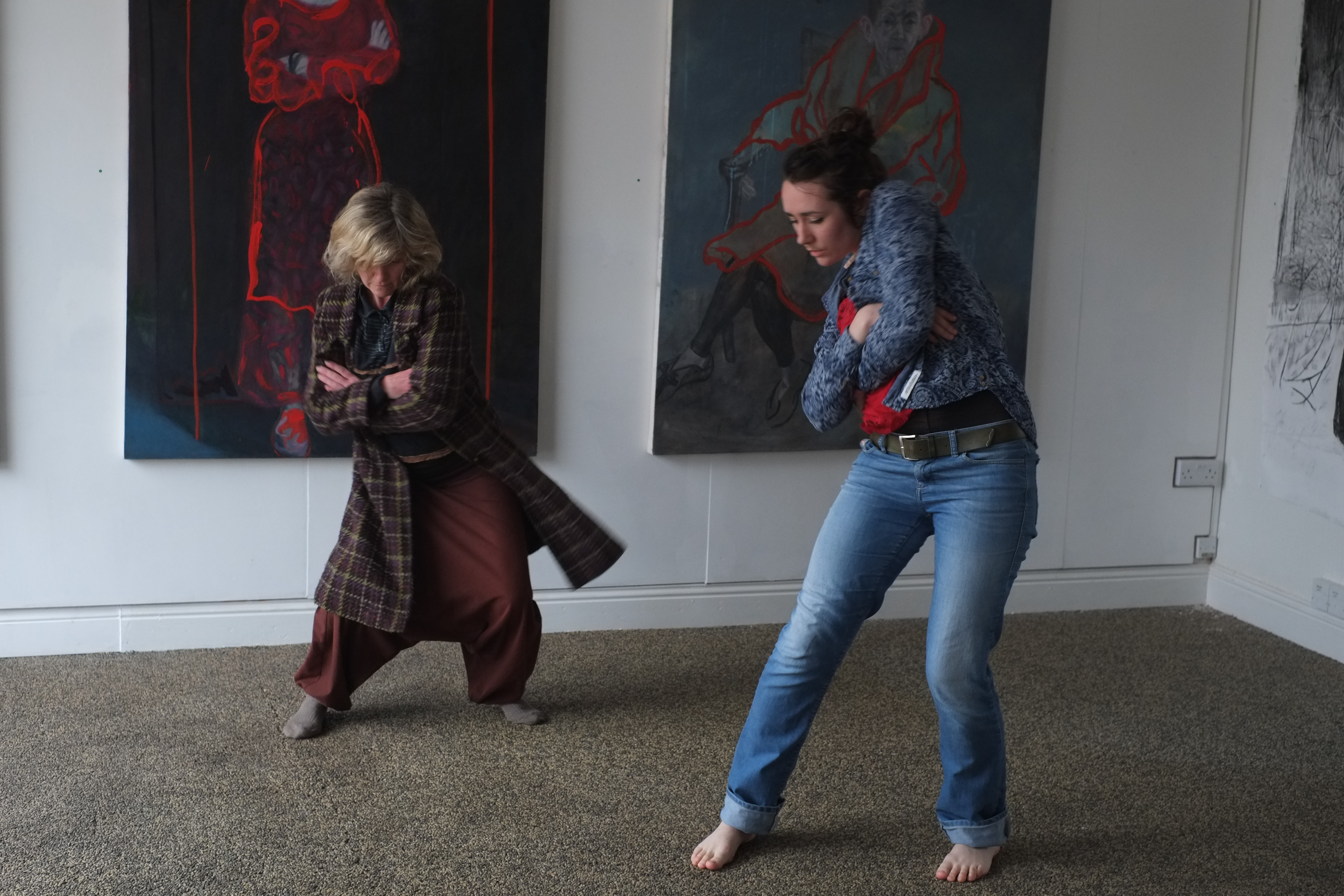 ‘The Response Time project is a 48 hour challenge for performance makers from a wide range of mediums to respond to the art, space and environment of the Gas Gallery producing a performed response which is shared with an audience.’

In March 2014 Lara worked with 12 writers and performance artists to curate Response Time, a gallery performance produced over 48 hours, responding to the works of 12 Sculpture Cymru artists in their exhibition, Journey: A Response to Place at Oriel Nwy Gas Gallery, Aberystwyth.

In April 2014 Lara returned to the gallery to collaborate with Writer, Sandra Bendelow and Composer, Nick Jones, on a week-long residency, responding to the work of Annie Morgan Suganami. Leading morning class, choreographing and offering movement direction for actors working with new writing and performed responses.

During the week she produced a short solo film, shown as an installation, with live performance from Cet Haf and a soundtrack produced by Nick Jones. The work became a response to a written response by Sandra Bendelow – with the recorded text the structure for the soundtrack.